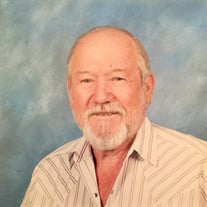 Arnold “Bubba” Anton Roese, 77 of Washington, Texas, died Friday, November 18, 2016 in Washington, Texas after a long and courageous battle with cancer. A visitation with family and friends will be held on Friday, November 25, 2016 from 5 p.m. to 7 p.m. at Nobles Funeral Chapel in Navasota, Texas. A celebration of his life will be held on Saturday, November 26, 2016 at 2:30 p.m. at Friedens Church of Washington, U.C.C., in Washington, Texas, with interment to follow in the Friedens Church cemetery. The Rev. Greg Felder will officiate. Arrangements are under the direction of Nobles Funeral Chapel. Bubba was born at home on September 4, 1939, in Washington, Texas to Arnold Henry “Sam” and Ivena Petersen Roese. He was baptized on September 6, 1939, at Friedens Evangelical and Reform Church, by Rev. Schmiechen. He was also confirmed at Friedens Evangelical & Reform Church. He attended Brown’s Prairie Elementary School and Navasota High School. He joined the U.S. Army in 1960, where he earned his GED. While in the Army, he was stationed in Germany, where he visited some of his Roese relatives. After his return home from the Army, he married Norma Denman in 1965. He went to work for Moody & Clary Fertilizer Store as a supervisor of a fertilizer crew until they went out of business. He then went to work for MoorMan’s Feed, where he worked as a feed salesman until his retirement. He married Christie Pechacek Shrum in 1987. Bubba was well known for his barbeque and his barbeque sauce. He barbequed on an open pit for the Sons of Hermann Lodge’s Annual Barbeque Fundraiser and his Annual Roese Family Reunions with his brothers John Neal and Don Wayne, his cousins Henry Joe, Robbie Roese and Marion Busa, Ray and James Stolz and Roger Finke. He was featured in the book “Barbeque Crossroads” by Robb Walsh, and was known to his friends as “The Mayor of Graball”. He enjoyed traveling, gambling, antiquing, playing dominoes, spending time with his brothers and sisters, and visiting his Aunt Mary when she was alive. Bubba was preceded in death maternal grandparents Anton & Clara Harris Petersen; paternal grandparents Julius & Amelia Haberer Roese; his parents; his grandson Shon David Mosley; his aunt Mary Roese Martin; his niece Melissa Dawn Boenker and nephew Justin Kyle Boenker. He is survived by his daughter Lisa Ann Roese and long-time friend Melissa Tutt of Washington; his step-children Susan Garner Moseley of Buffalo, Rusty Garner and Donna Garner Ray both of Iola, Kathy Garner Tucker of Snook, Michael Shrum of Navasota and Pamela Shrum Ryan of Bryan; his sisters Joyce “Puddin” Roese Walkoviak and husband Marion of Humble, Nancy “Honey” Roese Swank of Navasota, Nadine “Deanie” Roese McVey of Anderson, Susie Roese Nolan of Liberty; his brothers John Neal Roese and wife Diane of Washington and Don Wayne Roese and wife Teresa of Navasota; 10 step grandchildren, 24 step great grandchildren, 7 step great-great grandchildren, many nieces, nephews, cousins and friends. Pallbearers are Randy Roese of Anderson, Bobby Walkoviak of Houston, Mark Allen Roese, Robbie Roese, Marion Busa, and Roger Finke all of Washington. Honorary Pallbearers are Russell Butaud of Singleton, Marion Walkoviak of Humble, Henry Joe Roese, James Stolz, and Ray Stolz all of Washington, Wallace Petersen and Gary Crawford of Navasota and Tommy Martin of Dilly.

The family of Mr. Arnold "Bubba" Anton Roese created this Life Tributes page to make it easy to share your memories.

Send flowers to the Roese family.