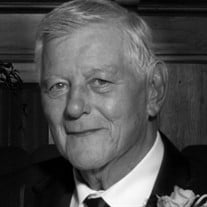 Mr. Bernard “Bernie” Francis Kapella, 77, passed away Tuesday, November 24th at his home in Wellborn after battling a lengthy illness. Calling hours will be from 2:00 – 6:00pm, Sunday, November 29th at Nobles Funeral Chapel, with the family present from 4:00 – 6:00pm. A service celebrating his life is set for 10:00am, Monday, November 30th, also at the funeral home, with interment to follow in Oakland Cemetery. Rev. Henry Sanders will officiate. Arrangements are entrusted to Nobles Funeral Home. Born on September 16, 1938, in Joliet, Illinois to Joseph and Mary Kapella, Bernie was the youngest of three boys. He experienced an extremely difficult childhood. Bernie and his two brothers were surrendered to Children’s Catholic Guardian Home, an orphanage in Joliet in 1941. He was only three years old at the time. Bernie spent the next seven years in the orphanage. At the age of nine, Bernie and his brothers returned to his mother’s home in 1948, which was an emotionally and physically abusive environment. Expelled from school as a young teenager, Bernie was committed to the Illinois State School for Boys in 1952 having been labeled “incorrigible” after a string of petty crimes. The authorities encouraged Bernie to join the army or face an inevitable future of arrests and jail time. He joined the Army in 1955 at the age of 17 and trained to become a military police officer because of the positive influence of a police officer who touched his life during his rough teenage years. He served most of his tour in Berlin, Germany and, in 1963, received an honorable discharge while in Denton, Texas. During his time in the army, Bernie married Sheila Seemann of Joliet, Illinois. They had two daughters, Julie and Bernadette. Bernie went on to earn his GED and enrolled in Joliet Junior College in 1968. He then attended Lewis College and completed a Bachelor of Arts degree in Sociology in 1971. After graduating from the Chicago Police Academy, Bernie started his career in law enforcement in Joliet, Illinois and served there until 1977. Bernie married Ann Lindley in 1977 and moved to Navasota, Texas. He joined the College Station Police Department and retired as a Lieutenant after serving 20 years. Bernie was active in numerous community and state organizations including the College Station Noon Lions Club, the Brazos County Rape Crisis Center, Texas Crime Prevention Association and was dedicated to improving services to the youth of College Station as well as the Brazos Valley. He was instrumental in starting city-wide crime prevention programs, the DARE program, the annual fishing tournament, the annual Easter egg hunt, a bicycle traffic safety program, and neighborhood watch programs. Bernie also attended the FBI National Academy, Session 159. Bernie had numerous hobbies and interests. He became a master wooden toy maker over the years, taking scraps of wood and creating works of art for his children and grandchildren. He was an avid reader, gardener, and fisherman as well as a serious collector. Bernie was captivated by all things related to childhood fun. Perhaps due to his early circumstances, he collected all types of toys as an adult. He is survived by his wife of 38 years, Ann Lindley Kapella; daughters Julie Penkunas and husband Christopher; Bernadette Meberg and husband Peter; Carol Kapella; Sarah Kapella Kelso; and Melanie Rogers and husband Buck; sisters-in-law Patricia and Janet Kapella; Carol Jean Gessner and husband Bernie; and Linda Walicek and husband John; seven grandchildren; Brian, Morgan, Miranda, Scott, Ingrid, Alena, Zoe; a great-grandson, Isaac and numerous nieces and nephews. Serving as pallbearers are Peter Meberg of Grand Forks, North Dakota; Buck Rogers of Anderson, Texas; Scott Rogers of Shaw AFB, Sumter, South Carolina; Brian Torres of Navasota; Victor Kapella of Rye Brook, New York; Ronnie Horcica of College Station, Texas and Glen Holub of Wellborn, Texas. He was preceded in death by his parents and brothers Joseph and Robert Kapella. His granddaughter, Alena Meberg, gives us a little insight into his life with her words, “Once upon a time, there was a man who had been through everything. He made wooden toys and made children laugh; but his story is not about that. His story is about how he lived his life. This man was as hard as a rock, but as soft as a baby puppy. Ingrid and Alena loved him very much and his name was Bernard; but they called him Grandpa Bernie and he was the best grandpa ever.” In lieu of flowers, the family asks that you consider a memorial donation to Faith Outreach Center, P. O. Box 1418, Navasota, TX 77868. You are invited to leave kind words and fond memories at www.noblesfuneral.com.

The family of Mr. Bernard Kapella created this Life Tributes page to make it easy to share your memories.

Send flowers to the Kapella family.