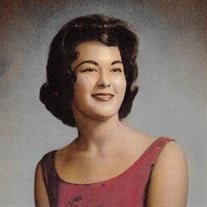 Bonnie Elaine Fultz Armstrong, 77, was born in Navasota, Texas on October 14, 1940 to Joseph Donald Fultz and Artie Fultz Davis. She passed away on Saturday November 11, 2017. A memorial service celebrating her life will be held at 10:00am, Saturday, November 18, 2017 at First United Methodist Church in Navasota. Rev. Jeremy Woodley and Rev. Arlo Roberson will officiate. Arrangements are under the direction of Nobles Funeral Chapel. Bonnie was preceded in death by her parents and both brothers, Joe King Fultz and John M. Fultz and by her son Kelly S. Armstrong and his wife Autumn. Bonnie is survived by her husband of 54 years, Lieutenant Colonel (ret) Robert C. “Court” Armstrong; daughter Tracy Colleen Mahoney and husband Phillip of Flower Mound, Texas; five grandchildren, Bryan Mahoney and wife Abby Prihoda of College Station, Courtney Mahoney of Flower Mound, Eryn Mahoney McWhorter and husband Joshua of Blackwell, Texas, Aubrey Hunter Armstrong of Austin, Avery Saenz Armstrong of Flower Mound and one great-grandchild, Rhett McWhorter. Additional survivors include Dian Pierce Fultz Craft, Patti Feagin Fultz Sexton and Kathy Stuart Fultz and numerous nephews and nieces. Bonnie was wed at the First Baptist Church in Navasota on June 22, 1963 to Court Armstrong. In September the couple departed for a military assignment in Germany. Bonnie attended the Navasota ISD, graduating in 1958 and thereafter started her college career at Lamar University, this being the first of many institutions of higher learning (11) in her pursuit of a college degree. Often she was limited by being unable to accumulate sufficient hours due to military reassignments of her husband. When they moved to Norman, Oklahoma for ROTC duty, Bonnie enrolled at The University of Oklahoma and graduated in 1974. By this time she had accumulated over 300 college hours and had attended 11 colleges and universities. In 1981 Bonnie and family chose Navasota as the location for Court’s retirement from the U.S. Army. Soon she was actively involved in community and civic activities. Initially she volunteered her talents in the Chamber of Commerce as receptionist and after a few months Bonnie joined the Navasota Abstract & Title Company as a clerk. During this period Bonnie was active in the community. Continuing her civic activity Bonnie was selected to be a Director on the Chamber of Commerce board. She was a member of the Navasota Lioness Club, the Director and coordinator of the 1986 Navasota Day gala, a member of the economic development committee, a director of a local bank and of the St. Joseph Hospital in Grimes County. She was elected and found time to serve Navasota as a city councilman. Bonnie also provided assistance to those in need by applying knowledge to situations where her education as a licensed Drug and Alcohol Abuse Counselor could be applied. Bonnie assisted in promoting Navasota and in encouraging new commercial business to this city. In April 26, 1995 Bonnie became the President of Navasota Abstract and the principal owner. In 1994 she and husband Court acquired Grimes County Title in which she was a director and Vice President. Simultaneously the Armstrong family established OXOX, Inc. (a holding company) in which Bonnie and Court are principle owners and, along with their children, share roles as company officers in this family venture. Bonnie’s talents and hard work have not gone unnoticed. She has been recognized locally and state wide. She was the recipient of the Citizen of the Year award in Navasota in 1993, Outstanding Title Escrow Person of the year in 2005 by the Texas Land Title Association and in 2005 she was recognized by the State of Texas Senate for Excellent Service to the State. Most important to Bonnie was her great love for her family. She always found time in spite of her busy involvement with business, civic and community, to be an outstanding wife, mother, and grandmother to those which surround her. Dubbed “Moo-Moo” by the eldest grandchild she was cherished by all. Bonnie was always present when any of her children or grandchildren were participating in school or after school activities cheering them on with her excellent cheerleading talents acquired during school days at NISD. Bonnie’s wide ranging talents and advice will be sorely missed by her family, friends, community and state business entities, but we can be assured that as she enters into the great heavenly reward that she is volunteering to handle the organizing of new groups and projects. In lieu of flowers, memorial contributions may be made to First United Methodist Church; P. O. Box 169; Navasota, Texas 77868. Friends and family are encouraged to leave kind words and fond memories at www.noblesfuneral.com.

Bonnie Elaine Fultz Armstrong, 77, was born in Navasota, Texas on October 14, 1940 to Joseph Donald Fultz and Artie Fultz Davis. She passed away on Saturday November 11, 2017. A memorial service celebrating her life will be held at 10:00am,... View Obituary & Service Information

The family of Mrs. Bonnie Fultz Armstrong created this Life Tributes page to make it easy to share your memories.

Send flowers to the Armstrong family.