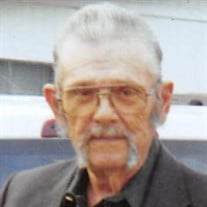 Carel J. "Charlie" Kapchinski, 80 of Anderson, passed peacefully into eternal life on Saturday, August 6th. Visitation with family and friends will be held on Tuesday, August 9th from 5:00 - 7:00pm at Nobles Funeral Chapel. A rosary will follow the visitation at 7:00pm. A funeral Mass celebrating his life will be Wednesday, August 10th at 10:30am at St. Stanislaus Catholic Church in Anderson with Rite of Committal to follow in the church cemetery. Rev. Edward C. Kucera will officiate. Arrangements are under the direction of Nobles Funeral Chapel. Carel was born June 22, 1936 in Washington County to Martin Ed and Carrie (Jozwiak) Kapchinski. He attended Holy Name Catholic School through junior high and then graduated from The Ellen McCarter Stewart High School in Houston then briefly attended Rice University. He met his wife, Ruth at the Bill Mraz Dance Hall in Houston and they eventually married in 1956 at Holy Name Catholic Church. Together they raised four children Cindy, Ronnie, Lisa, and Krissy. In 1979, he moved his family from Houston to Anderson. Charlie was an Eagle Scout with Troop 461 in Houston, and was an avid swimmer and lifeguard and swam the mighty Brazos River many times. He was a machinist by trade and owned/operated BK Machine Shop in Houston and sold it years later. He then opened Kap's Machine Shop also in Houston then eventually moved it to Anderson in 1979. Later he went to work at B & R Industries in Navasota where he eventually retired in 2003. He enjoyed woodworking as a hobby, as well as tending his vegetable garden. He started and was in charge of the poker booth at the annual St. Stanislaus Catholic Church Bazaar for many years and was also a member of the Anderson Knights of Columbus #4054. Charlie enjoyed traveling with many trips to Mexico, grilling, playing dominoes and doing find a word puzzles. He was hard to beat at a good game of dominoes. He is survived by his children, daughters and sons-in-law Cindy Abbott of Shiro, Lisa and David Wilson of Cypress and Krissy and Terry Kimich of Plantersville; son and daughter-in-law Ronnie and Cheri Kapchinski of Anderson; sisters and brother-in-law Dorothy and Steve Gurka of Anderson and Angie Tomczak of Washington and brother and sister-in-law Max and Barbara Kapchinski of Navasota; nine grandchildren and ten great-grandchildren. Serving as pallbearers are Brandon and Hunter Wilson of Cypress, Ronnie Kapchinski of Anderson, Austin Horton of Plantersville, Danny Gurka of Navasota, Max Kapchinski, Jr., of Katy, Darrell Wagner of Houston and Garrett Lipscomb of Bryan. He was preceded in death by his parents Carrie and Martin Kapchinski, wife Ruth (Nowak) Kapchinski and granddaughter Kourtney Horton. You are invited to leave kind words and fond memories at www.noblesfuneral.com.

The family of Mr. Carel J. "Charlie" Kapchinski created this Life Tributes page to make it easy to share your memories.

Send flowers to the Kapchinski family.