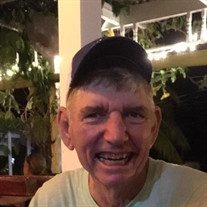 Mr. Clarence “Kenneth” Hensley, 68, of Navasota passed away Thursday, July 6, 2017 at his home. A memorial service will be held at 2:00pm, Wednesday, July 12th at Nobles Funeral Chapel. Rev. Dennis Ivy will officiate. Arrangements are under the direction of Nobles Funeral Chapel. Kenneth was born on November 21, 1948 in Navasota, Texas to Clyde Clarence and Ethlynda (Boenker) Hensley. After high school, he attended Sam Houston State University for four years. He married Maria Sosa on February 26, 1981 and together they raised a daughter. Kenneth worked for several years at Pack I Unit as a Correctional Officer for the Texas Department of Corrections and eventually retired from there. Horses were his passion, and earlier in life he and his wife raised and trained race horses. He was a member of the Quarter Horse Association, Thoroughbred Association and the Paint Horse Association. He was very fond of Texas Longhorn cattle as well. Kenneth was a hardworking, generous man who, though slow to warm up to new people, once he accepted them as his friend they were a friend for life. He was generous and loyal with a big heart, and often played practical jokes on those he cared about. He loved to travel, and one of his favorite destinations was Belize. He also enjoyed the occasional trip to Louisiana to the casino. Kenneth is survived by his wife of 36 years, Maria Hensley of Navasota; a daughter Shannon Sosa Hensley of Navasota; his mother Ethlynda Hensley; sister Mary Ann Hensley; brother and sister-in-law Jimmie Lee and Rosalie Hensley; grandson Dominick Clarence Esquivel and several nieces and nephews. He was preceded in death by his father, Clyde Clarence Hensley. You are invited to leave kind words and fond memories at www.noblesfuneral.com.

The family of Mr. Clarence Kenneth Hensley created this Life Tributes page to make it easy to share your memories.

Send flowers to the Hensley family.