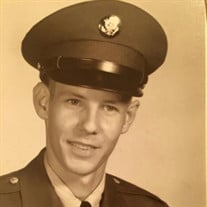 Mr. Donald W. Mullenix, Sr, 75, of Tomball, passed away Wednesday, September 22nd at his home. Visitation with family and friends will be held Thursday, September 30th from 5:00 - 7:00 pm at Nobles Funeral Chapel. Cremation services will follow, and he will be interred in Oakland Cemetery. Arrangements are under the direction of Nobles Funeral Chapel. Donald was born in Houston, Texas on March 28, 1946, to Johnny & Dessie Marie Mullenix. His father died when Donald was very young, and Dessie Marie married Jack Byars who then raised Donald as his own. Dennis was a kind-hearted, loving person who would do anthing for anyone! He had a knack for working on cars, and although the extra money would come in handy at times, he especially enjoyed working on cars for others who could not afford to pay a professional mechanic. He enjoyed old western movies and crossword puzzles. He loved meeting others and engaging in conversation with anyone that had a few moments to do so. He would always throw a joke or two in there, just to make you smile. Dennis had a devoted canine companion, Hoss, an American Bulldog who never tired of his jokes and was a great listener. Sadly, Hoss preceded Dennis in death by just a couple of months; but we can bet he was there to great him with a great wag of his tail! Donald is survived by his daughter Sharon Dennis of Tomball; son Donald Mullenix, Jr. of Tomball; sister and brother-in-law Evelyn & Walter Lawson of Leakey; grandchildren, Kevin Mullenix, Johnnie Dennis, III., Taylor Mullenix, Kyle Mullenix, and Katelyn Mullenix; great-grandchildren, Raelynn Jones and Ryker Maglothin; and numerous nieces and nephews. He was preceded in death by his parents; wife Joyce Ann Mullenix; seven siblings and his constant shadow, Hoss. The family invites you to leave fond memories or kind words at www.noblesfuneral.com.

The family of Mr. Donald W. Mullenix Sr. created this Life Tributes page to make it easy to share your memories.

Send flowers to the Mullenix family.