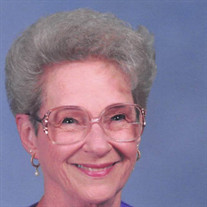 “Life isn’t about how to survive the storm, but learning how to dance in the rain” Little, petite, hardworking, very feisty lady, Doris Allen, passed away Monday, August 22nd after a courageous five month recovery from a broken hip. Born on August 14, 1930 in Brenham, Texas, Doris was welcomed into this world by her parents, Alvin Zeiss and Olga (Gajeske) Zeiss. She was an only child and was baptized into the Lutheran faith in Brenham, March 30, 1931. Doris lost both parents and her grandparents at an early age. She married Herbert A. “Buddy” Sledge of Navasota and had one daughter, Sandra Lynn Sledge from this union. Doris became a beauty operator and had her own shop for several years. She gave of herself to the community and was a Pink Lady at hospital in Navasota for several years. A member of Trinity Lutheran Church in Navasota, Doris was active in the Ladies Aid Ministry. She also worked for the Red Cross Blood Bank. She enjoyed working in her garden and harvesting her vegetables, freezing them in preparation for the winter months and sharing with friends. After Buddy’s death, Doris married Charles Kenneth Allen, a marriage that spanned right at 50 years. They had one daughter, Shawnee Cheyenne Allen, who passed away May 14, 2016. She was also preceded in death by her parents and husband, Kenneth Allen. Remembering Doris now are her daughter, Sandra Lynn Sledge, her beloved friends, Leona and Jack Binford and their family; several nieces and nephews; and sister-in-law Kathryn Allen Truehitt. Interment of her ashes will be in the Allen Cemetery at Peidmont, Texas. You are invited to leave kind words and fond memories at www.noblesfuneral.com

&#8220;Life isn&#8217;t about how to survive the storm, but learning how to dance in the rain&#8221; Little, petite, hardworking, very feisty lady, Doris Allen, passed away Monday, August 22nd after a courageous five month recovery from a... View Obituary & Service Information

The family of Mrs. Doris Allen created this Life Tributes page to make it easy to share your memories.

“Life isn’t about how to survive the storm, but learning how...

Send flowers to the Allen family.