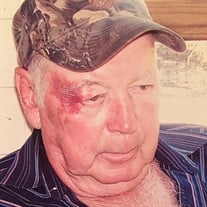 Edward Melvin Mittelstedt, 75 of Pinehurst passed away Tuesday, September 19th at Tomball Regional Hospital. Visitation with family and friends will be held from 5:00 – 8:00pm, Saturday, September 23rd at Nobles Funeral Chapel. A celebration of his life will be at 2:00pm, Sunday, September 24th, also at the funeral home with interment to follow in Old Oakland Cemetery in Roans Prairie. Rev. John High will officiate. Arrangements are under the direction of Nobles Funeral Chapel. Edward was born in Klein, Texas on November 27, 1941 to Friedrich and Alma (Benfer) Mittelstedt. He married Della Moss on September 12, 1965 in Klein, Texas and together they raised two sons. Edward worked as a successful self-employed contractor in the construction industry, a job he loved and was actively working in up until April of this year. He believed in both honesty and hard work, and had a strong work ethic to show for it. A trait he instilled in each of his sons. He loved being on the go, and wasn’t one to sit around with nothing to do. He enjoyed being on his tractor, playing dominoes, picking on the grandkids and watching old westerns on television. Earlier in life he enjoyed deer hunting and fishing. Edward’s canine companion, Tiny Boy, followed every step he made and was never far from sight. He is survived by his loving wife of 52 years, Della Mittelstedt of Pinehurst; sons and daughters-in-law Travis and Guyla Mittelstedt of Crockett and Carl and Diana Mittelstedt of Magnolia; nephew Leon Robinson and his wife Lisa of Conroe; grandchildren Joanna Mittelstedt, Kim Marrs, Lori Lawson, Westin Mittelstedt, and Mara Seigler; and great-grandchildren James, Brandon, Aliyah, Bailey, Andrew, Hollie and Jacob. Serving as pallbearers are Travis Mittelstedt, James Mock, Leon Robinson, Dwayne Pavlock, Brad Mouton and Jordan Krob. Mr. Mittelstedt was preceded in death by his parents and sister Valeria Robinson. You are invited to leave kind words and fond memories at www.noblesfuneral.com.

The family of Mr. Edward Melvin Mittelstedt created this Life Tributes page to make it easy to share your memories.

Send flowers to the Mittelstedt family.