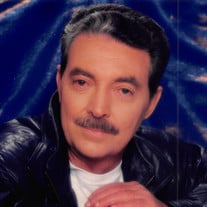 Elton Lynn Musgrove, Sr. 78, beloved husband and best friend of Doshia (Dodie) Maye Musgrove of 60 years, passed away on Friday, July 30th, 2021 at CHI St. Joseph’s Regional Hospital in College Station, Texas surrounded by family. His loving heart failed after a long fight with congestive heart failure. Funeral Services celebrating his life will be held at 2:00 pm, Friday, August 6th at Nobles Funeral Chapel with Rev Heather Leyland officiating. Visitation with family and friends will begin an hour prior to the service at 1:00 pm. Arrangements are under the direct ion of Nobles Funeral Chapel. Lynn was born July 8th, 1943 in Houston, Texas, at St. Joseph’s Hospital. He lived in the area most of his life. He met the love of his life, Dodie, in their teenage years. Their love was one for the ages. They married young and Lynn and Dodie began their military years in the air force. Lynn served his country at Lockbourne Air Force Base in Columbus Ohio as an airplane mechanic and obtained the rank of Airman Third Class. In Columbus, their first child arrived. Over the years, they would have three more children. After the Air Force, Lynn and Dodie returned to Houston. He learned many skills in many positions: on the docks in Houston, a carpenter, roofer, and also a truck driver. He worked for many years at Southwestern Bell. Roofing became a family business for a time and the children helped shingle many a roof. Other positions included Deputy Constable for Brazos County and a Volunteer Firefighter for Millican. He desired to give back to the community. As part of the Millican Fire Crew, he set up a board, served as president and encouraged the community to have an interest in volunteerism. Lynn loved his family, music and chickens. In what order? As his children brought spouses and grandbabies into the fold, they were welcomed with love and hugs. Lynn was a mentor to many of his grandchildren. Lynn shared his love of music and many songs held special meaning to him and a family member or friend. Lynn raised award winning Asil chickens. A rooster crow was always part of conversations. Family members could always count on Lynn’s words of wisdom such as: Don’t play in a busy street, Always bet on the grey, Never squat with your spurs on, You made your choice, deal with it, and Love your family. Lynn was very straight forward and honest with his advice. Friends were friends for life. His children fondly recall their special bonds…. Lynn and Little Lynn raised, bred and sold chickens across the south. John and Lynn would travel to Las Vegas and Coushatta. Scott, the last child, spent much time together. Lynn included Scott on many of his antics with lots of laughter and fun. Lynn often quoted from one of his favorite Willie Nelson songs” I woke up still not dead again today” Lynn we love you and wish you were with us today. Left to cherish his memory is his devoted wife of 60 years, Dodie Musgrove; sons and daughters-in-law Elton Lynn, Jr. and Wendy Musgrove, John and Joyce Musgrove and Anthony Scott and Becky Musgrove; daughter and son-in-law, Ellenia and Jeffrey Chennault; brothers and sisters-in-law Cecil Clyde and Winnie Faye Musgrove and Milton Roy and Carmen Musgrove; 23 grandchildren and 18 great-grandchildren. He was preceded in death by his parents. You are invited to leave kind words and fond memories at www.noblesfuneral.com.

The family of Mr. Elton Lynn Musgrove Sr. created this Life Tributes page to make it easy to share your memories.

Send flowers to the Musgrove family.