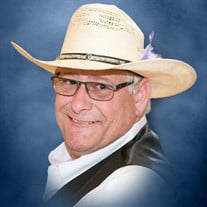 Eric Alexander Cruse, 53 of Millican, passed away at his home on Friday, March 29th. Visitation with family and friends will be held from 5:00 – 7:00 pm, Friday, April 5th at Nobles Funeral Chapel. A celebration of his life will take place at 11:00 am, Saturday, April 6th, also at the funeral home. Interment will be in the family cemetery at Circle C Ranch in Muse, Oklahoma. Arrangements are under the direction of Nobles Funeral Chapel. Eric was born in Flint, Michigan on July 6, 1965 to Faye (Shepherd) and Larry Cruse. He moved to Bryan, Texas in 1975. Eric had a varied career in the oil and gas industry, working for several different companies including Southwestern Gas and Pipeline, Anadarko, and most recently, Schlumberger. Through his work he travelled the United States and the world, including Canada and Korea, but his love of his family always brought him home to Texas. Eric had a gentle, loving soul. He had a love of family, and his daughter Lindsey was the joy of his life. Whether you called him “Sweet Pea” like Grandma Young did, or “Original Bubba” or “Vern”, he lived life to its fullest. Eric was always the life of the party with a smile or joke for everyone. He loved Texas country music and was acclaimed as the “best two-step partner in three counties”. Generous to a fault, he was a friend to everyone and his door was always open. If he had two of something, he was always willing to give one (or both) to someone in need. Eric’s love and concern of others led him to become an EMT with the Millican Fire Department. He embodied the cowboy spirit of his heroes, John Wayne and Louis L’Amour, with a love of Texas, the west and the wild places of America which frequently found him in the outdoors. His favorite place to hunt and fish was at the Circle C family ranch in Muse, Oklahoma, where he will be laid to rest amongst the Ouachita Mountains. Eric was the best big brother, son, father, grandfather or friend a person could have. He will be missed more than words can say. Eric is survived by his daughter Lindsey (Luke) Lloyd of Houston; grandchildren London and Liam; mother Faye (Shepherd) Cruse; father Larry (Jan) Cruse; sister Candy (Rick) Prater; nieces Brittanny & Caitlyn; brother Matthew (Celena) Cruse; nephews Michael, Nicholas & Patrick; and step-siblings Penny, Virginia & Bart. He was preceded in death by his grandparents, Ray A. & Opal Cruse and Gene & Bernice Young. In lieu of flowers, the family suggests that a memorial contribution in his memory be made to Family Promise of Bryan/College Station, 1401 West Martin Luther King, Suite #202, Bryan, Texas 77803. You are invited to leave kind words and fond memories at www.noblesfuneral.com.

Eric Alexander Cruse, 53 of Millican, passed away at his home on Friday, March 29th. Visitation with family and friends will be held from 5:00 &#8211; 7:00 pm, Friday, April 5th at Nobles Funeral Chapel. A celebration of his life will take... View Obituary & Service Information

The family of Mr. Eric Alexander Cruse created this Life Tributes page to make it easy to share your memories.

Eric Alexander Cruse, 53 of Millican, passed away at his home...

Send flowers to the Cruse family.