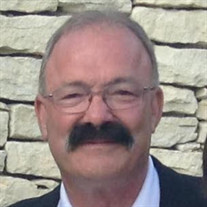 Mr. Gary Alan Rowe, Sr., 71 of Navasota, passed away peacefully surrounded by his loved ones at his residence. Funeral services will be held at 2:00 pm, Tuesday, July 6th at Nobles Funeral Chapel with visitation beginning at 12:00 noon prior to the service. Interment will be in Houston National Cemetery on Wednesday, July 7th at 9:45 am. Arrangements are under the direction of Nobles Funeral Chapel. Gary was born in Houston, Texas on February 18, 1950 to Glenn and Bennie Sue (Milholen) Rowe. He went to High School at Spring Woods High School where he was the Student Director and lead singer and guitarist of the band “Safari Sounds”. After he graduated, he went to North Texas to study Woodshop. While he was there he felt a calling to serve his country and joined the United States Marine Corps where he quickly climbed the ladder and became platoon leader. After some time in the Marine Corps he went to work as a printer. He enjoyed a long and fulfilling career in the printing industry, working at Bowne of Houston, RR Donnelley, Bowne of Atlanta and Digi-Color. He married Lana Jean Premeaux in Cypress, Texas on December 15, 1995 and they shared countless happy memories along side each other. Gary was an avid sportsman. He enjoyed hunting, fishing, golf and bowling. He liked telling tall tales, woodworking, watching the Houston Astros, riding and raising horses, chewin' tobacco and drinkin’ beer. He also loved his '96 Eddie Bauer Edition Ford Bronco, which he requested to be buried in but the Houston National Cemetery frowned upon that. Gary is survived by his wife of over 25 years, Lana Rowe; his mother, Bennie Sue Rowe; his daughter Shelley Rowe Poer and husband Evan; his daughter Shawna Rowe Lyles and husband Sean; his son Gary Alan Rowe, Jr. and wife Kelsey; daughter Christal Keeton and her husband Kody; son Toby David and his wife Mary; sisters and brothers-in-law Glenda and William Klemm and Gina and Robert Hodsden; twelve grandchildren, including his namesake Gary Alan Rowe, III “Trace”; one great-grandchild and many uncles, aunts, nieces, nephews, great nieces and nephews, cousins and dear friends. He was preceded in death by his father, Glenn O. Rowe. Serving as pallbearers are Gary Rowe, Jr., Sean Lyles, Evan Poer, Toby David, Kody Keeton and Travis McAnally. You are invited to leave kind words and fond memories at www.noblesfuneral.com.

Mr. Gary Alan Rowe, Sr., 71 of Navasota, passed away peacefully surrounded by his loved ones at his residence. Funeral services will be held at 2:00 pm, Tuesday, July 6th at Nobles Funeral Chapel with visitation beginning at 12:00 noon prior... View Obituary & Service Information

The family of Mr. Gary A. Rowe Sr. created this Life Tributes page to make it easy to share your memories.

Send flowers to the Rowe family.