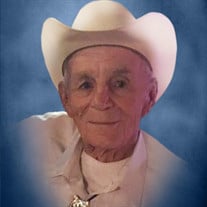 Glenn “Plumber” Curtiss, 91 of Navasota, passed away Friday, August 10, 2018 at his home. Visitation with family and friends will be held from 5:00 – 7:00 pm, Tuesday, August 14th at Nobles Funeral Chapel. A celebration of his life will be held at 10:00 am, Wednesday, August 15th, also at the funeral home with interment following in Oakland Cemetery. Rev. Jeremy Woodley will officiate. Arrangements are under the direction of Nobles Funeral Chapel. Glenn was born on September 6, 1926, Stanley C. And Velma (Womble) Curtiss at Methodist Hospital in Houston. He moved to Navasota when he was two years old and attended and graduated from Navasota High School in 1944. He enlisted in the U. S. Navy at 17 years old and proudly served his country while stationed in the Philippines during World War II. After receiving an honorable discharge from the military, he attended Blinn College and Sam Houston State University. While attending Blinn, he received two letters in football. After college, he moved back to Navasota and joined his father in the family business, Curtiss Plumbing Company. Glenn also served under Sheriff Dick Johnson as a deputy until elected Constable in Grimes Countywhere he held that office for 16 years. During this time, he had tracking dogs and served all of the surrounding counties tracking criminals until the Wallace Pack unit opened and the dogs were gifted to them. He was later appointed by Sheriff Bukowski in Austin County as deputy and also in Washington County by Sheriff Rosenbaum as deputy. In 1979 was inducted into the Texas Ranger Hall of Fame as an Honorary Texas Ranger. In 2006 Sheriff Don Sowell made him an Honorary Sheriff in Grimes County. Glenn was a member of the Navasota American Legion J. Willie Post; charter and life member of VFW Post #4006 in Navasota; member of the Navasota Masonic Lodge #277, receiving his 65 year pin; member of the Arabia Temple (Shriners) in Houston; member of the Salt Grass Trail Ride for 17 years; life member of the Houston Livestock Show and Rodeo and manager of one of Navasota Little Leagues first organized teams. Above all he was a great admirer of western swing music, particulary the King of Western Swing, Bob Wills. Glenn is survived by his wife of 40 years, Shirley Curtiss of Navasota; step daughter Sandra McCune of Navasota; grandchildren Clay Wright and wife Brandy, Cody Wright and Carson McCune and great-grandchildren Bayler and Breckyn Wright, Cannon Wright and Carsyn Busse. He was preceded in death by his parents. Serving as pallbearers are Clay Wright, Cody Wright, Carson McCune, James “Cut-Out” Nobles, Sheriff Don Sowell and Jeffrey Nobles. Honorary pallbearers are Glenn Fuqua, Skeeter Stolz, Walter Thane, Jr., Jim Boy Harrington, Eddie Eppler, Nick Falco, Tommy Hurst and James Storey. In lieu of flowers, please consider a memorial contribution in his name to the Grimes County Sheriffs Department – Constable Division or the charity of your choice. You are invited to leave kind words and fond memories at www.noblesfuneral.com.

The family of Mr. Glenn "Plumber" Curtiss created this Life Tributes page to make it easy to share your memories.

Send flowers to the Curtiss family.