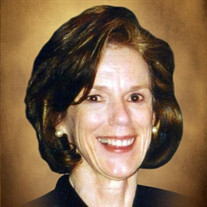 Surrounded by her family, Grace Moore Payne went home to be with her Lord and Savior on September 9, 2018. A Celebration of Life will be held at 2:00 on Thursday, September 13, followed by a reception at the First Baptist Church of Navasota, located at 309 Church Street, Navasota, Texas. Arrangements are under the direction of Nobles Funeral Chapel. Grace was born in Navasota on October 28, 1940. She graduated from the University of Texas in 1963, where she met and married the love of her life, Billy Payne, in 1961. They shared their married life in Austin, and shortly in McAllen, before settling in Bryan in 1965 to raise their family, and then retiring to Navasota in 2003. Throughout her life, Grace was involved in many church and civic activities and impacted countless lives with her matchless spirit; she was the very epitome of her name. She was an active “Prayer Warrior” in the Central Baptist Church Prayer Room, she and Billy taught Sunday School, and she served in several leadership positions in Bible Study Fellowship. Grace was a member of The Woman’s Club and The Junior League and also served as Rush Advisor to the Texas A&M Chapter of Kappa Alpha Theta. When the “empty-nest syndrome” hit, Grace taught classes at Brazos Business College. And for many years, very dear to heart was her monthly Bridge Club, as well as her and Billy’s monthly Supper Club. She was preceded in death by her parents, Tom J. and Bernadine Moore, her sister Annette Moore, her sister-in-law Diane Moore and her great-nephew Thomas Scott Moore. She is survived by her adoring family including her devoted husband of 57 years, Billy Payne, her daughters Ann Moore Payne and Robin Payne Beard; her son-in-law Philip F. Beard; her treasured granddaughters Anna, Brooke and Maggie Beard; brothers and sisters-in-law Thomas and Judy Moore and Michael and Gail Moore; numerous other family members; and many friends who became like family through the years. In lieu of flowers, the family requests that you donate to the Brazos Christian School "Thomas Scott Moore Memorial Scholarship Fund", 3000 West Villa Maria Road, Bryan, Texas 77807.

Surrounded by her family, Grace Moore Payne went home to be with her Lord and Savior on September 9, 2018. A Celebration of Life will be held at 2:00 on Thursday, September 13, followed by a reception at the First Baptist Church of Navasota,... View Obituary & Service Information

The family of Mrs. Grace Moore Payne created this Life Tributes page to make it easy to share your memories.

Surrounded by her family, Grace Moore Payne went home to be with...

Send flowers to the Payne family.