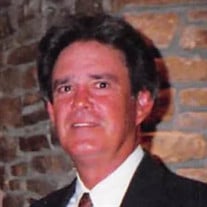 James “Jim” Blakely Cassel passed away Saturday, September 11, 2021. Jim was born in Coral Gables, Florida on February 26, 1944. The family moved to Houston, TX, when Jim was 5. He grew up in Houston where he attended Bellaire High school and participated in baseball, basketball and football. He later attended Texas Tech in Lubbock. Jim began working at Great Southern Life Insurance Company in Houston, working his way up from their mailroom in the basement to Vice President of Marketing. He and friends from Great Southern made trips to Mexico where they bagged their limit of white-wing dove. It was at Great Southern where he met and later married Diane Prescott, his wife of 45 years. They lived close to the Astrodome complex and attended many Houston Livestock Shows throughou the years. Living so close to their home stadium, he loved attending Astros games and was an avid fan. He was also a fan of the Dallas Cowboy games, but he was a most devoted and loyal fan of his daughter, Kelly. He was so very proud of her and he enjoyed bragging about her latest endeavors or accomplishments. He was happy sitting in his Skeeter bass boat on Lake Fork and camping there with many friends who were known to open a “cold one”. However, Jim was happiest hanging out with lifelong special friends Buck and Penny Pettitt, Jick and Carol Walker, Susanne and Kirk McClain, Dick and Donna Welch and brothers-in-law David Prescott and Danny Prescott. He is survived by wife Diane Cassel; daughter Kelly Kelsey; brothers-in-law and sister-in-law David Prescott and Danny and Kathy Prescott; nephews Chris Prescott, Stephen Prescott and Daniel Prescott and nieces Farron (Justin) Eickenhorst and Cary (Steve) Edwards. He was preceded in death by parents Fred and Minnie Cassel and nephew Brian Prescott. A private burial will be held in the family plot at Forest Park Lawndale in Houston. You are invited to leave kind words and fond memories at www.noblesfuneral.com.

The family of James "Jim" Blakely Cassel created this Life Tributes page to make it easy to share your memories.

Send flowers to the Cassel family.