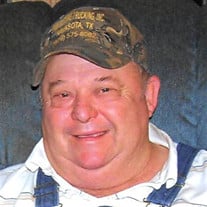 Mr. James E. “Jimmy” Bailey, 74, of Navasota, passed away Sunday, January 28, 2018, at his home. Visitation with the family will be Wednesday, January 31 from 5:00-7:00 PM at Nobles Funeral Chapel. Funeral services are scheduled for 10:00 AM Thursday, February 1, at the First Baptist Church of Navasota with the Rev. Clyde Larrabee officiating. Masonic graveside services will follow in Oakland Cemetery. Arrangements are under the direction of Nobles Funeral Chapel. Jimmy was born in Houston, Texas, on July 26, 1943, to Daniel and Dorothy (McGinnis) Bailey. After graduating from high school, he proudly served his country in the United States Army. He then made his home in Richards, where he owned and operated the Richards Grocery Store for many years. He married Libby Werner on June 11, 1983, and the couple began their life together in Navasota. Jimmy worked for the Texas Department of Criminal Justice for over twenty years before retiring, and he then worked as a carpenter, contractor, real estate agent, and truck driver before finally slowing down to enjoy retirement. Jimmy was very proud to be a member of the Navasota Evening Lions Club and the Richards Masonic Lodge. He also started the Bottom of the Barrell cooking team and was a regular at the Grimes County Go Texan cookoff. In his spare time, Jimmy loved hunting, fishing, camping, cooking, and entertaining friends and family. He was preceded in death by his parents and niece, Victoria Ashley Gambini-Callihan. Left to cherish his memory are his wife, Libby Bailey of Navasota; daughter and son-in-law, Jennifer & Mitchell NeSmith of Richards; son and daughter-in-law, Jeffrey & Natalie Nobles of Navasota; brothers and sisters-in-law, Danny & Margaret Bailey of Richards and Edgar Daniel & Drice Bailey of Pflugerville; sisters and brothers-in-law, Pamela & Ronnie Gambini of Missouri City and Sandra & Cut Out Nobles of Navasota; mother-in-law, Jeanne Werner of San Antonio; brother-in-law and sister-in-law, Bob & Mary Werner of San Antonio; and numerous nieces, nephews, and cousins. He was a loving Paw Paw to Lexi, Zoe, and Maddie Nobles and Lane NeSmith. Serving as pallbearers are Jeffrey Nobles, Mitchell NeSmith, George Bailey, Jan Matchett, Allen Kolby, and Clell Goodson. Honorary pallbearers include Danny Bailey, Victor Becker, Wilbert Hilley, Phillip Vezorak, Tom Maynard, Al McGinnis, Larry McGinnis, Bob Werner, and the members of the Navasota Evening Lions Club, Richards Masonic Lodge, and Bottom of the Barrell cook team. Jimmy’s drive and determination was the main driving force for the Navasota Lions Club Hall that was built at the Grimes County Fair Grounds, and the family invites you to join them there after the funeral for a luncheon and celebration of his life. For those that desire, memorial contributions may be made to the Navasota Evening Lions Club Scholarship Fund, PO Box 68, Navasota, TX 77868.

The family of Mr. Jimmy Bailey created this Life Tributes page to make it easy to share your memories.

Send flowers to the Bailey family.