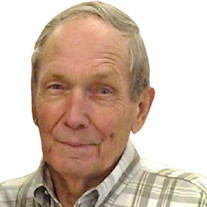 John D. “Papa John” Herzog, 86 of Richards, passed away Monday, April 4th at St. Luke’s Medical Center in Houston. Visitation with family and friends will be held from 5:00 pm – 7:00 pm, Thursday, April 7th at Nobles Funeral Chapel. A Mass of Christian burial will be celebrated at 10:00 am, Friday, April 8th at Christ our Light Catholic Church. Rite of Committal will follow in Oakland Cemetery. Rev. Eli Lopez will officiate. Arrangements are under the direction of Nobles Funeral Chapel. John was born February 2, 1936 in Montgomery County to John F. and Rosa Wagner Herzog. He was one of seven children. His family owned a dairy and he worked alongside family while growing up. This instilled in him a strong work ethic. He attended Montgomery High School where he served as class president all four years, was most popular for two years, served in the FFA for three years, played football and was on the Bear annual staff. After graduation, he began a career in construction, eventually owning his own construction company. Alternatively, he worked as a salesman for Bond Brick Company. Family was important to John. He and his siblings remained close throughout the years, seldom missing a Thanksgiving or Easter holiday spent together. He was a proud and devoted father and grandfather as well. He enjoyed fishing and hunting, and he particularly enjoyed the memory of a Colorado hunting trip with his son-in-law Dale around 20 years ago. In earlier years, he often went hunting and fishing with his sister Ann. He had a great sense of humor and could tell stories that he’d recall for hours to any willing audience. His family says that he was “just down-right” funny! John had a green thumb and loved working in his yard and one time he even received bragging rights as Yard of the Month. Although he couldn’t carry a tune, John loved classic country music and would sing along with the radio at the top of his lungs while driving. He is survived by his daughters and son-in-law Kim Kelly, Kay Herzog and Karen and Dale Mize; son and daughter-in-law John and Amber Herzog; step-daughter Paula Maldonado and husband John; sisters Tootsie Mock, Ann McDuffie, and Aleen Mock; brother Darrell Herzog; grandchildren Stephanie Ingram and husband, Richard, Kristin Walker and husband, B. J., Maddy Kelly, Jonathan Mize and wife, Nicole, Ryan Kelly and wife, Rachel; great grandchildren Emery, Everett, Easton, Preston, Theo, Merritt, Kaleigh, Abigail and Charlie; close friend and mother to his daughters, Shirley Binford; lifelong friends Rose Betty Piper and Alex Gilchrest; his special little buddies, Bryson and Harrison Piper, as well as numerous nieces and nephews. Serving as pallbearers are Gerald Piper, Bradley Piper, Alex Gilchrist, Todd Buckner Jeff Hoffart and Ricky Lane. John was preceded in death by his parents; brother Thomas Herzog and sister Delores Hoffart. In lieu of flowers, the family suggests a memorial contribution in his name be made to Special Angels of the Woodlands, 314A Pruitt Road, Spring, Texas 77380. You are invited to leave kind words and fond memories at www.noblesfuneral.com

The family of Mr. John "PaPa John" D. Herzog created this Life Tributes page to make it easy to share your memories.

Send flowers to the Herzog family.