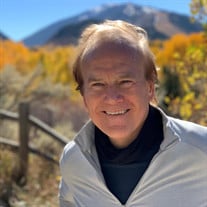 John Compton Webb, Jr. passed away on February 15, 2022 after a relentless fight against cancer. He was born on December 28, 1956 to Dr. John and Aminuan Webb in Navasota, Texas. He attended Navasota ISD where his father was superintendent of schools. He loved and played all sports in Jr. High and High School. Sports remained a passion his whole life. His faith in Christ has served as the foundation for his life and he was baptized at the First Baptist Church of Navasota. John studied Finance at Baylor University and finished his degree in just three years. But before beginning law school the following year, John married his lifelong love, Sue Vivian Pool. They were only twenty-one at the time but seeing as they’d been together for so many years, it seemed overdue. They were married on August 5, 1978. John graduated from Baylor Law School in 1980. He began working as a young attorney for Davis, Stacy, Lohmeyer and Davis in Bryan, Texas. Then, at age 25, he opened his law firm with Gaines West and Kelvin Adams. The firm grew quickly, adding partners Steve Allbritton and Mike Gentry who have remained faithful law partners and dear friends. John was a man of impeccable style and was always the best dressed in the room. And, he made sure everybody knew it! He never missed a workout or a game or a day at work. John loved people well and was well-loved in return. He was an optimist. He always showed up. He sought out the needs of people and did what he could to meet them. He always looked for the best in people. And despite his chosen profession – he did not like conflict. He was an encourager and a peacemaker. And no matter the circumstances, John always tried to do the right thing. He was always a family man, leaving behind his adoring wife of 43 years and very best friend, Sue. They grew up together and stayed together. In times of trial and times of joy, they were together – always. He is also survived by his three daughters– Sue Ellen von Merz and husband Carl, Hallie Mancuso and husband Cory, Ashlyn Hand and husband Mark. He also leaves behind eight precious grandchildren: Carl, Johnny, Luke, Thomas and Susanna von Merz, Claire, Blake, and Reid Mancuso. He is survived by his sister Cindy Winton and husband Jim as well as so many dear family members and friends. John was preceded in death by his parents, John and Aminuan Webb. John was a man of deep faith in Jesus. The foundation laid in his early years carried him throughout his life, shaping how he built his law firm, engaged his community, and cared for his family. As we remember John, we remember a consequential life well lived. After a private burial, family and friends are invited to a visitation at 10:00 am on Friday, February 18, 2022 at First Baptist Navasota, 301 S. Church Street, Navasota, Texas 77868. The memorial service will begin at 11:00 am. Arrangements are under the direction of Nobles Funeral Chapel. One of John’s recent passions was co-founding First Win- a non-profit organization which focuses on supporting and empowering children in our community. In lieu of flowers and in memory of John, donations may be made at https://firstwin.org/. You are invited to leave kind words and fond memories at www.noblesfuneral.com.

John Compton Webb, Jr. passed away on February 15, 2022 after a relentless fight against cancer. He was born on December 28, 1956 to Dr. John and Aminuan Webb in Navasota, Texas. He attended Navasota ISD where his father was superintendent of... View Obituary & Service Information

The family of John C Webb Jr. created this Life Tributes page to make it easy to share your memories.