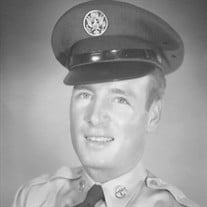 John Lee Sowell passed away on June 15, 2020 and went to be with his Lord. I was asked to speak for the family as we prepare to have Dad&#8217;s services and wish to thank everyone for all of the kind expressions, thoughts and prayers... View Obituary & Service Information

The family of Mr. Johnnie Lee Sowell created this Life Tributes page to make it easy to share your memories.

Send flowers to the Sowell family.