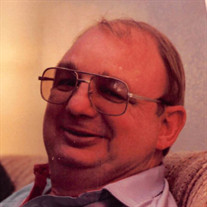 Mr. Joseph “Joe” William Weaver, 73, of Navasota passed away peacefully Tuesday morning, May 24th at Golden Creek Healthcare and Rehab Center in Navasota. Visitation with family and friends will be held at Nobles Funeral Chapel from 5:00 – 8:00pm, Friday, May 27th. A celebration of his life will be on Saturday, May 28th at 10:00am, also at the funeral home. Interment will be in Willow Creek Cemetery in Tomball. Reverend Dr. Max Brand will officiate. Arrangements are under the direction of Nobles Funeral Chapel. Joe was born on May 16, 1943 in Houston, Texas to Thomas and Betty (Snodgrass) Weaver. He attended high school at Smiley High School in Houston and one year of college at Blinn College. Joe joined the U. S. Marine Corps and proudly served his country during the Vietnam War. He met and married Barbara in 1967 in Houston and together they had two sons, Andrew and Allen. He was a member of the American Legion in Anderson . Joe was raised a Master Mason in 1976 and was a past Master of the Conroe Masonic Lodge #748 A.F.&A.M. In 1988, Joe suffered a tragic horseback riding accident, resulting in life-long physical limitations. During his recovery and rehabilitation, he lost his wife Barbara and son, Andy to cancer in 1990. His unwavering faith in God and support from family and friends enabled him to continue raising his son Allen as a single parent. In spite of the tribulations life handed him, Joe never took a moment to complain. Rather he became a beacon of hope to others, always taking the time to offer encouragement. His values, perseverance and work ethic bespoke of a small town country boy that lived by the word of God. Joe was immensely proud of his son Allen, as well as his daughter-in-law Ashley and his four beautiful granddaughters. Left with his legacy and love for life are son and daughter-in-law Allen and Ashley Weaver of Navasota; sister Sherryl Hutchinson of Humble; brother and sister-in-law Patrick and Joyce Weaver of Houston; daughter-in-law Beverly Weaver-Yargo of Anderson and granddaughters Brooke, Brianna, Braelyn and Bristol Weaver of Navasota. Serving as pallbearers are Stephen Weaver of Crosby, Leonard Weaver of Voltaw, Eric Tyler of Humble, Dustin Hutchinson of Magnolia, Fred Thomas of Georgetown and Eddie Rabun of Navasota. Joe was preceded in death by his parents; wife Barbara Weaver; son Andrew Weaver and brother-in-law Forest Hutchinson.

The family of Mr. Joseph "Joe" William Weaver created this Life Tributes page to make it easy to share your memories.

Send flowers to the Weaver family.