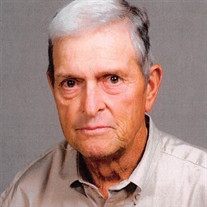 Mr. Kermit Karnei, 68 of Navasota passed away Thursday, July 27th at his home. A memorial service celebrating his life will be held at 2:00pm, Tuesday, August 1st at the Grimes County Fairgrounds. Rev. Henry Sanders will officiate. Arrangements are under the direction of Nobles Funeral Chapel. Kermit Glenn Karnei was born in Victoria, Texas on February 20, 1949 to Ellroy Wilson and Angel Lee (Wiese) Karnei. To some he was known as Kermit the Frog, KK, Kermit, Karnei, or Pops. To all he was a man of great strength, knowledge, talent and integrity. A husband, father, grandfather, friend and mentor to many, upon first impression, one might think that he did not talk much. Until he got started on one of his passions; his love of family, horses, horseshoeing and rodeo were just to name a few. One would realize that he had an opinion (and a strong one at that) about EVERYTHING and an endless list of ideas as well. He was a farrier by trade, and his love for his craft spilled over into his everyday life. Skilled and patient, he tended the shoes of many horses from near and far. He was well known and highly regarded. Kermit is survived by his wife of almost 46 years, Brenda Ann (Griffith) Karnei; daughter and son-in-law Bonnie Nell and Cliff Cerny; son Roy Allen Karnei; sister and brother-in-law Karel and Roy Lee Batts; grandchildren Cheyenne Rose Cerny and soon to arrive Ty Garrett Cerny; nieces Tracy Hermes and husband Dennis and Stefanie Tumlinson and husband Shawn; nephew Kenneth Karnei; great niece Mallory and great nephews Brayden, Brandon and Brehman; his loyal canine companion, Nacho and many, many folks that called him “friend”. The crooked hat upon his square head, the chuckle we all recognized as his laugh, the toothpick in his mouth, bandana on his head and the mischevious grin and glint in his eye will all be missed as trademarks of a cowboy whose brand on our hearts will not soon be forgotten. Mr. Karnei was preceded in death by his parents; brother Kenneth Karnei and great nephew Lain Hermes. A close family friend put it best when he wrote that “perhaps God needed the best farrier for the horses that pull Heavens chariots”. The family would like to thank Encompass Hospice for the care and compassion shown during Kermit’s illness, particularly his nurse angels Dorothy and Deborah. In lieu of flowers, please consider a memorial donation in his name to Encompass Hospice at 3600 Hwy 6 South, College Station, TX 77845 OR The Justin Cowboy Crisis Fund at www.justincowboycrisisfund.orgor charity of your choice. You are invited to leave kind words and fond memories at www.noblesfuneral.com.

The family of Mr. Kermit Karnei created this Life Tributes page to make it easy to share your memories.

Send flowers to the Karnei family.