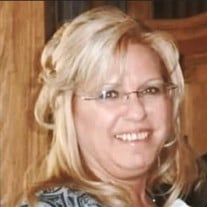 Janie Legge, 60 of Plantersville, passed away at Houston Methodist Hospital of The Woodlands on September 3, 2021. A visitation will be held on October 30, 2021 at Nobles Funeral Chapel from 9:00-11:00 am following a celebration of life at 1:00pm... View Obituary & Service Information

The family of Lois Jane Legge created this Life Tributes page to make it easy to share your memories.

Janie Legge, 60 of Plantersville, passed away at Houston Methodist...

Send flowers to the Legge family.