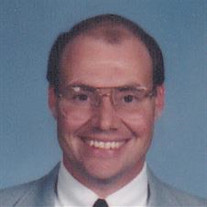 Michael Neal Adams, 56, of Navasota passed away peacefully and with dignity in his own home March 8, 2016, surrounded by his family. A celebration of life will be held Saturday, March 12, 2016, at the First Baptist Church of Navasota Fellowship Hall, 309 Church St., from 2-5 pm. This will be a come and go event to share memories and stories of his amazing life. Michael was born August 13, 1959, in Houston, Texas, where he attended Christ the King Church and elementary school and St. Thomas High School, both of which he was very proud of and was a topic of conversations he shared for years. He attended Sam Houston State University, and that is where, in 1981, he met DiAnna, who was the love of his life. They became husband and wife/best friends forever on February 5, 1983. In 1986 they moved to Navasota, Texas, to live out their dream of living in the country and raising a family. Mike started Blue Ribbon Cattle Company on his land and quickly became one of the most respected men in the field. Mike's reputation for honesty and integrity combined with his handshake was all that was needed for his business associates and customers. He was an avid outdoorsman and enjoyed hunting and fishing with friends and family his entire life. Mike was never, ever meant for being cooped up inside. He is survived by his wife of 33 years, DiAnna; daughter Aubrie Elizabeth Adams Schroeder and husband Cody Schroeder; son Seth Michael Adams, and grandson Colby Douglas Gurka, who was the apple of his "pappy's" eye; brothers Doyle Anthony Adams and Andrew Allan Adams, both of Houston along with multiple nieces and nephews. He was preceded in death by his granddaughter Falyn Elizabeth Schroeder and his parents Luke and Patricia Adams. God must have needed someone to make him laugh and tell stories with, so he sent for Michael because there was no one better. You are invited to leave kind words and fond memories at www.noblesfuneral.com.

Michael Neal Adams, 56, of Navasota passed away peacefully and with dignity in his own home March 8, 2016, surrounded by his family. A celebration of life will be held Saturday, March 12, 2016, at the First Baptist Church of Navasota Fellowship... View Obituary & Service Information

The family of Mr. Michael N. Adams created this Life Tributes page to make it easy to share your memories.

Michael Neal Adams, 56, of Navasota passed away peacefully and...

Send flowers to the Adams family.