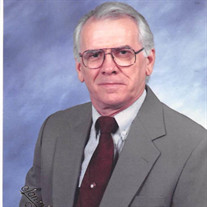 Milton P. “Butch” Keith, Jr., 79 of Taylor, TX passed away Sunday, October 25th at his daughter’s home in College Station surrounded by family. A “Celebration of Life” will be held at a later determined date in Taylor. Arrangements are under the direction of Nobles Funeral Chapel. Butch was born in Temple, TX, on January 4, 1941, to Milton P. Keith, Sr. and Cora Faith (McDonnold) Keith. Butch was raised in Rogers, Texas by a family submerged in church, music, art, and mechanics. He quickly developed a special love and talent for working with his hands and fixing things, especially air conditioners, just as his father, Milton Keith Sr. Butch began performing at the Baptist Church in Rogers, where his mother played piano and organ. After he graduated from Rogers High School, he went on to study music at Sam Houston State University. He then met his first wife, Mary Katherine, with whom he had two children, Trey and Charlotte. After college, Butch joined up with Jimmy Heap and the Melody Masters for The Jimmy Heap Show, with whom he travelled and entertained, packing dancehalls across the country, including Las Vegas, NV. After the band dismantled, Butch settled down in Navasota, Texas, with his wife Amy and had a second daughter, Nikki. He worked at Turner, Pierce and Fultz for several years and eventually opened his own successful air conditioning and appliance repair business, before finally joining the amazing people in Area 3 Maintenance at his beloved Texas A&M University In College Station. During his years working at Texas A&M, he fell in love with the campus and Kyle Field and even requested to ride by and see the day before he was admitted into the hospital (which was obliged). He always had a passionate heart for serving God and his church, First Baptist Church of Navasota, where he sang and performed with the choir and ensembles, served as a deacon, and even led as the music minister before he began his special mission reviving The First Baptist Church of Anderson. Soon after Amy passed, Butch moved back to Taylor, Texas where he had many friends and people he cared deeply for. He spent his early retired years performing with his new band, competing in Chili Cook-offs and traveling with his companion, Nancy. They enjoyed many years of life together, frequenting the local music and entertainment scene. He will be greatly missed by his friends, family and music fans everywhere. He was preceded in death by his parents; wife, Amy Lou Godbold Keith and daughter, Charlotte Kay Keith Urias. Left to cherish his memories are his companion, Nancy Bigon, of Taylor; son and Milton P. “Trey” Keith, III and his wife Monica of Hutto; daughter Natalie “Nikki” Sullivan and her husband Matt of College Station; sister, Linda Keith Brashears of Temple. His grandchildren, Dr. Ashley Edwards, Joseph Strelsky, Milton “Cory” Keith, IV, Benjamin Keith, James Urias, Mallory Urias, and Talli Sullivan and great-grandchildren, Hendrix Strelsky, Maxwell Keith, Adin, Zane and Charlotte Keith, Nicholas and Zoee Mancusi and James Urias, Jr. Memorial contributions may be made to the charity of your choice. You are invited to leave fond memories or kind words at www.noblesfuneral.com

The family of Mr. Milton P. "Butch" Keith Jr. created this Life Tributes page to make it easy to share your memories.

Send flowers to the Keith family.