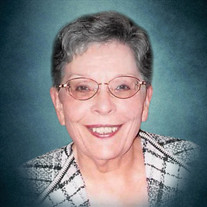 Ms. Peggy Johnson Seigle, of Conroe, Texas, born on March 19, 1940, in Navasota, Texas, to the late Mable Johnson and the late John Johnson, passed away at age 78 on May 30, 2018, in Willis, Texas. Friends and family may pay their respects at the visitation on Tuesday, June 19th from 5:00 to 7:00 p.m. at St. Mary’s Catholic Church in Plantersville. A parish rosary will follow at 7:00 p.m. A funeral Mass in celebration of her life will be Wednesday, June 20th at 10:30 a.m., also at the church. Rev. Edward C. Kucera, Jr., will officiate. Rite of Committal will follow in White Hall Fairview Cemetery, CR 306, White Hall, Texas. A reception will follow at St. Mary’s Catholic Church. Arrangements are under the direction of Nobles Funeral Chapel. Peggy graduated from Navasota High School in 1958. She worked in the legal industry for over fifty years and forty-eight of those were at George W. Wilhite and Associates, Inc. as an office administrator and legal assistant until retiring in 2015. She had many hobbies including playing the piano, and later in life, she loved playing and calling bingo. She also spent every waking hour of her day dedicated to the lives of her children, grandchildren and great-grandchildren. Her Catholic faith was a very important part of her life. Through her music and her chaplaincy, she touched many lives. She was the first woman in Texas to have been appointed as a contract chaplain to an all-male maximum security facility within the Texas Department of Criminal Justice. Peggy was a member of St. Edward’s Catholic Church located in Spring. Peggy was an honorary member of the Houston Northwest Chamber of Commerce and held many different roles over the years, including Chairman of the Board and Citizen of the Year. She was also very involved with the White Hall Fairview Cemetery Association wherein she most recently held the position of Vice-President. Her love and commitment to the cemetery will never be forgotten. Peggy was preceded in death by her sisters, Virginia Norris, Vera Beth Robinson, and Johnnie "Jay" Brown; and nephew, Mark Robinson. She is survived by her son, John Seigle; daughter, Suzanne Grimes; sister, Annette Wilbourn; grandchildren Emily Limke, David Seigle, Joseph Seigle, and Lauren Polan; great-grandchildren Gavin, Gage, Jameson, and Jack; nieces Jill House, Stacie Whitaker, and Brooke Wilbourn; and numerous extended family members. She will be missed by her family and so many dear friends. Serving as pallbearers are David Parker, Chris Price, Scott Grimes, Charles Seigle, James Seigle and Bob Shirley. In lieu of the usual remembrances, the family suggests a memorial contribution in her name to Whitehall Fairview Cemetery, P. O. Box 275, Navasota, Texas 77868. You are invited to leave kind words and fond memories at www.noblesfuneral.com.

Ms. Peggy Johnson Seigle, of Conroe, Texas, born on March 19, 1940, in Navasota, Texas, to the late Mable Johnson and the late John Johnson, passed away at age 78 on May 30, 2018, in Willis, Texas. Friends and family may pay their respects... View Obituary & Service Information

The family of Peggy Seigle created this Life Tributes page to make it easy to share your memories.

Send flowers to the Seigle family.