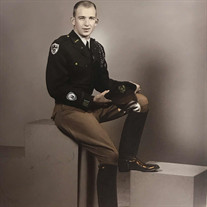 Lieutenant Colonel (ret) Robert C. “Court” Armstrong, 79, was born in Bartlett, Texas on August 9, 1939 to Herbert W. Armstrong and Zelma Etoile Armstrong. He passed away on Monday March 11, 2019. A memorial service celebrating his life will be held at 10:00am, Saturday, March 23rd at First United Methodist Church in Navasota. Rev. Jeremy Woodley will officiate. Arrangements are under the direction of Nobles Funeral Chapel. Court was preceded in death by his parents and wife of 54 years Bonnie Fultz Armstrong and son Kelly S. Armstrong and his wife Autumn. He is survived by his sister Mary Lou Rawlings and husband Robert “Doc” of Corsicana, Texas; daughter Tracy Colleen Mahoney and husband Phillip of Flower Mound, Texas; 5 grandchildren, Bryan Mahoney and wife Abbey of College Station, Texas; Courtney Mahoney of Navasota, Texas, Eryn McWhorter and husband Josh of Stephenville, Texas, Aubrey Hunter Armstrong of Austin, Texas, Avery Saenz Armstrong of Flower Mound, Texas and one great-grandchild, Rhett McWhorter of Stephenville, Texas and numerous nieces and nephews. Court was a proud member of the Texas Aggie Band, Class of 1961 where he obtained a degree in Business Administration. He later went on to the University of Oklahoma where he received a Master of Arts in Public Administration in 1973. Court proudly served his country in the United States Army and in 1961 entered active duty in Rockdale, Texas. He served as an Air Defense Artillery Officer and also as a Personnel Management Officer amongst many other titles. He retired from active duty in 1981 out of Fort Hood, Texas and the family chose Navasota as the location for his retirement from the U.S. army. Court became a Mason in the Killeen Lodge #1125. He served as past Master of Navasota Lodge #299, member of Washington Lodge #18, charter member and past Master of St. Alban’s Lodge #1455 of College Station, 32nd degree member of Houston Scottish Rite and past presiding officer of Navasota York Rite Bodies and past district deputy Grand Master of Masonic District 29B. Court was on the Navasota City Council from January 1994 to January 1997. He served as Mayor of Navasota from January 1996 to January 1997. Court and wife Bonnie acquired Grimes County Title and Navasota Abstract & Title Company in early 1990. Their love for the title industry and Grimes County kept them both working and active in the community until their final day. Although he will be greatly missed by family and friends, we can be assured that as he enters into the great heavenly reward that he is at peace and hugging Bonnie. Gig ‘em Aggies! You are invited to leave kind words and fond memories at www.noblesfuneral.com.

The family of Mr. Robert "Court" Courtney Armstrong created this Life Tributes page to make it easy to share your memories.

Send flowers to the Armstrong family.