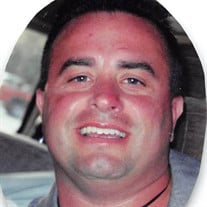 Mr. Robert "Keith" Norsworthy, 54 of Navasota, passed away Tuesday, November 17th at Baylor Scott & White Hospital in College Station. A celebration of his life will be held at 11:00 am, Saturday, December 5th at Restland Cemetery in Gatesvillem Texas. Cremation arrangements have been entrusted to Nobles Funeral Chapel. Keith was born in Houston, Texas on February 7, 1966 to Robert Lee and Barbara (Mohler) Norsworthy. He was the oldest of two children. He graduated high school from Jersey Village near Houston and began working for Centerpoint Energy to support his infant daughter( career that would span 25 years). He proudly juggled work and the responsibilities of a single parent, forging a father/daughter bond that would last a lifetime. He ate lunch at her school with her every day and never missed a school function or sporting event. Keith loved all sports, but was a diehard Astros fan, even in the bad years. He played baseball in highschool and played softball on the company team. Centerpoint also sponsored a bowling league of which he was a member. An avid domino player and self-proclaimed "domino-oligist", he was a fantastic partner and deadly opponent. Keith's sense of humor was contagious, he loved a good laugh, many times at his own expense. His vivid blue eyes and bright smile lit up a room. He enjoyed motorcycling, going to the beach, sports and having his grandchildren close. He is survived by his father and stepmother, Robert Lee and Barbara Sue Norsworthy; mother Barbara Akers Mohler; daughter and son-in-law Cory Renee' Norsworthy and Salvador Barrios, Jr., and her mother, Becky Luna Perez; sister Bridget L. Norsworthy; chosen brother Joseph "Joe" Walker; beloved grandchildren, Drue and Elijah Norsworthy and Natalia Barrios and step-grandchildren Kylee, Salvador, III., Nate and Daniel. Keith was preceded in death by his best friend, William "B" Walker. "How do you know when it's love?"... I Can't tell you but it lasts forever. ~ Van Halen You are invited to leave kind words and fond memories at www.noblesfuneral.com.

Mr. Robert "Keith" Norsworthy, 54 of Navasota, passed away Tuesday, November 17th at Baylor Scott & White Hospital in College Station. A celebration of his life will be held at 11:00 am, Saturday, December 5th at Restland Cemetery in Gatesvillem... View Obituary & Service Information

The family of Robert Keith Norsworthy created this Life Tributes page to make it easy to share your memories.

Send flowers to the Norsworthy family.