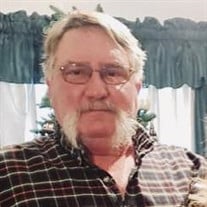 Thomas “Tommy” Imhoff , beloved husband, father, grandfather, brother and friend to many, unexpectedly passed away November 11, 2019 at his home in Montgomery, TX. He was proceeded in death by his parents Amelia and Ben Imhoff, father- in- law Fred Thomas Sellars, brothers-in- law Donald Sellars and Ralph Bowden and great nephew Robert Benjamin Imhoff. Tommy is survived by his loving wife Sharon Imhoff, sister Rean Bowden, brother Frank Imhoff and wife Sherry, son Shane Imhoff and wife Lee, son Brandon Imhoff and wife Erica, daughter Holly and husband Erskine McDermott, mother-in-law Helen Sellers, sister-in- law Lisa Meeks and Mike Meeks and brother- in-law Tommy Sellars and wife Cindy. Blessed with grandchildren Lane and Tyce Imhoff, Kit and Sonora Imhoff, Truett and Amelia McDermott. Tommy and Sharon spent many wonderful hours supporting their grandchildren in sports and Montgomery County Fair activities as they had done for their own children for so many years. Dear to Tommy’s heart were his nephews and nieces Scott and Austin Imhoff, Rebecca La Cour, Kristina Harris, Ryan Makol, John Sellars, Dr. Ginger Sellars Kaasjager, Cody and Colton Meeks. Born in Wichita Falls on October 17, 1958, Tommy lived his early life in Oklahoma City; in 1964 the family moved to Casper, Wyoming. In 1965, Tommy’s father, who worked for Mobil Oil International moved Tommy and his mother Amelia to Port Harcourt, Nigeria where he attended the British School while his mother taught math. Forced to flee the country in the midst of the Nigerian Biafran War in 1967, the family relocated with Mobil to Las Palmas in the Gran Canary Islands. In 1971 the family moved back to the Conroe area; there Tommy attended Conroe High School where he actively pursued FFA activities as well as his beautiful future wife, Sharon. Tommy graduated in 1976, and he and Sharon married October 14, 1977. Tommy began his career in the automotive parts business when he trained under his father-in-law Fred Sellers, owner of Fred’s Auto Parts in Conroe. Tommy and Sharon eventually opened their own auto parts store in Anderson and later moved to Montgomery as owner of Montgomery Auto Parts. Tommy’s generosity and care for others was evident by making trade offerings for auto-parts just to help a person in need. Tommy most recently was employed by Texas Department of Criminal Justice at the O.L. Luther Unit in Navasota, Texas. There Tommy enjoyed his work as a superintendent for the combine and harvest operation in the agricultural section. Tommy’s friendship was valued by his many customers and friends. Tommy was an involved lifetime member of the Montgomery County Fair Association and belonged to St. Mary’s and St. Joseph’s parish and was also a Knights of Columbus member of the Anderson Chapter. One of Tommy’s favorite places was the deer lease in Brackettville, Texas, where he relished cooking for family and friends, enjoyed his baths in the windmill tank, and loved sitting by the fire. Grandsons Lane and Kit have fond memories of Pops at the lease and their fathers, Brandon and Shane, both shot their first deer there. When Holly was at the barn readying her calf for a heifer or steer show, Tommy would show up to watch her work and would build a campfire, pull up a chair, lean back and say “Shhhhhhh….I’m back at the deer lease.” Tommy is back around the celestial campfire again, in the company of angels and saints, along with a heavenly host of friends and family. Tommy Imhoff was a generous, kind soul. His family – each and every one – meant the world to him, he was proud of them all! He loved his dogs, Sassi and Sophie and he opened his home to anyone he knew if they needed it and would give you the shirt off his back if you wanted it! Tommy was the truest of true friends and his favorite saying “do as I say, not as I do” describes his demeanor to a T! Visitation with family and friends will be from 5:00 - 7:00pm Thursday, November 14th at St. Mary's Catholic Church in Plantersville, followed by a rosary at 7:00pm. Funeral services will be at 11:00 am, Friday, November 15th, also at the church; with Monsignor Adam McClosky, Tommy’s first cousin as celebrant. The interment will be at St. Joseph’s Catholic Church in Stoneham. You are invited to leave kind words and fond memories at www.noblesfuneralchapel.com

Thomas &#8220;Tommy&#8221; Imhoff , beloved husband, father, grandfather, brother and friend to many, unexpectedly passed away November 11, 2019 at his home in Montgomery, TX. He was proceeded in death by his parents Amelia and Ben Imhoff,... View Obituary & Service Information

The family of Mr. Thomas "Tommy" Imhoff created this Life Tributes page to make it easy to share your memories.

Send flowers to the Imhoff family.