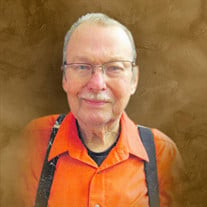 Thomas “Tom” A. Cole, 84 of Bedias, passed away Monday, July 29th at his home. A celebration of his life will be held at 11:00 am, Friday, August 2nd at Nobles Funeral Chapel with Rev. Jim Newton officiating. Visitation with family and friends will begin at 9:00am prior to the service. A private, immediate family interment will follow. Arrangements are under the direction of Nobles Funeral Chapel. Tom was born May 3, 1935 in Houston, Texas, the youngest child of Orville and Conway (Watson) Cole. He proudly served our country in the U. S. Navy and married JoAnn Lane in Hawaii on August 2, 1958. In April of 1961, Tom answered the call to ministry and then attended Wayland College and received his B.S. degree. He later attended New Orleans Baptist Theological Seminary where he obtained his Masters degree in theology. For 30 years, he pastored in Paducah, Texas, Indiana, Iowa, Missouri and Massachusetts. Tom had a gift for connecting with people and never met a stranger. He was outgoing, charitable and genuine. He loved sharing the Word of the Lord with others, and then was called to share the light of Christ in the darkest of places, the Texas prison system. He retired after 16 years as a Chaplain with the Texas Department of Criminal Justice. Inasmuch as he encouraged others to grow in faith, he also had a gift of growing things. He took immeasurable joy in growing and nurturing the plants and landscaping of his home. He also spent hours in his woodshop, creating and crafting things with his hands and the help of his lathe. Left to share his memory are his beloved wife of 61 years, JoAnn Cole; his daughter and son-in-law, Joni and Cody Townsend; sons and daughters-in-law John and Shelley Cole and Michael and Susan Cole; grandchildren Joshua Cole, Joel Cole, Cameron Cole, Cason Cole, Caibri Cole, Tyeler Townsend, Landri Townsend and Drew Thomas Townsend and great-grandchildren Layla Cole and Lila Cole. Serving as pallbearers are Joshua Cole, Joel Cole, Cameron Cole, Cason Cole, Jerry Lee Lane, Jimmy Bradshaw and honorary pallbearer, Drew Thomas Townsend. Tom was preceded in death by his parents and infant son, Timothy Lane Cole. You are invited to leave kind words and fond memories at www.noblesfuneral.com.

Thomas &#8220;Tom&#8221; A. Cole, 84 of Bedias, passed away Monday, July 29th at his home. A celebration of his life will be held at 11:00 am, Friday, August 2nd at Nobles Funeral Chapel with Rev. Jim Newton officiating. Visitation with family... View Obituary & Service Information

The family of Mr. Thomas "Tom" A. Cole created this Life Tributes page to make it easy to share your memories.

Send flowers to the Cole family.