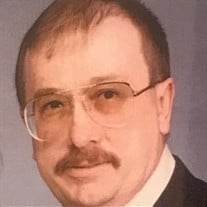 Warren W. Bennett, III., 71 of Shiro passed away Wednesday, May 3rd at Baylor Scott and White Hospital in College Station, Texas. Visitation with family and friends will be held Monday, May 8th from 6:00 – 8:00pm at Nobles Funeral Chapel. A celebration of his life will be Tuesday, May 9th at 2:00pm also at the funeral home with interment to follow in Shiro Cemetery. Rev. Gayle Grubbs will officiate. Arrangements are under the direction of Nobles Funeral Chapel. He was born October 3, 1945 in Wilmington, Delaware to Warren Bennett, Jr., and Alma (Pollock) Bennett. He attended high school in Albany, Georgia and moved to Alaska after joining the Air Force in 1966. He was stationed at Elmendorf Air Force Base in Anchorage and served as an optometry technician medic. He married his first wife in July of 1969 and together they had one daughter, Erin Michelle. After an honorable discharge in 1969, he worked at Alaska Psychiatric Hospital while attending the University of Alaska, receiving his Bachelors of Science in Psychology in 1974. While in Alaska, he pursued a hobby as a free lance photographer, a passion that would remain with him throughout his life. He also enjoyed dog mushing. He worked and later retired from the Alaska Department of Corrections and was very proud of his career in law enforcement. He met his second wife, Judith Franklow while still living in Alaska and the two wed in November of 1981. They would have celebrated their 36th wedding anniversary this year. Survivors include his beloved wife, Judith Franklow Bennett of Shiro; daughter Erin M. Bennett-Howard and husband Malette of Portland, Oregon; brother and sister-in-law Steven and Suzanne Bennett of Albany, Georgia; grandchildren Saige Bennett-Howard and Avyn Bennett-Howard, both of Portland, Oregon. He is also survived by his two step daughters, Jana Cor of Wyoming and Janece Adamy of Alaska, and many step grandchildren and great-grandchildren. Serving as pallbearers are Malette Howard, Travis Rogers, Mike Dean, Earl Baker, Royce Dickerson and Dan Sharon. Mr. Bennett was preceded in death by his parents. In lieu of flowers, the family suggests that contributions be made in his memory to the National MS Society Oregon Chapter or the National Parkinson’s Disease Foundation. You are invited to leave kind words and fond memories at www.noblesfuneral.com.

Warren W. Bennett, III., 71 of Shiro passed away Wednesday, May 3rd at Baylor Scott and White Hospital in College Station, Texas. Visitation with family and friends will be held Monday, May 8th from 6:00 &#8211; 8:00pm at Nobles Funeral Chapel.... View Obituary & Service Information

The family of Mr. Warren W. Bennett III created this Life Tributes page to make it easy to share your memories.

Send flowers to the Bennett family.