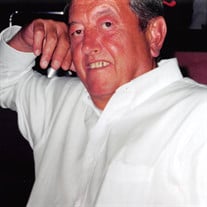 Wilbert W. Hilley, Jr., 71, of Navasota, passed peacefully on Friday, April 10, 2020, surrounded by his children. Visitation with family and friends will be held from 9:00 am – 1:00 pm, Tuesday, April 14th at Nobles Funeral Chapel. A graveside service will follow at 2:00 pm at Oakland Cemetery in Navasota with Rev. Matthias Dinger officiating. CDC guidelines for social distancing due to the COVID-19 pandemic will be observed. Arrangements are under the direction of Nobles Funeral Chapel. Wilbert was born March 8, 1949 to Wilbert Hilley Sr. and Naomi Wood Hilley. He was a life long resident of Grimes County. He married Lucille Vacante Hilley July 11, 1971. They had three children, Sharon, Machelle and Matt. Wilbert had a full life. He was raised learning how to farm and provide for the family. He began working for Brookshire Brothers grocery stores at age 16. He held a variety of positions, working his way from window washer to store director, before retiring in 1995 when he and Lucille built Circle H Store and Cafe, a dream Wilbert had for many years that would combine his passion for retail grocery and cooking. Wilbert found true joy in feeding people - whether it was with his cooking or with his words of wisdom. He mentored many people, young and old, during his lifetime, and he loved catching up with them when they would stop in at Circle H to share their career journey with him. Circle H was a place for gathering with friends. You could find him in the kitchen, in the meat room, at the pit or behind the register. He always greeted people with a cheerful smile and a little wave. “The regulars” would meet twice a day for a cup of coffee, laughing and telling stories with Wilbert and his employees. Circle H was known for having the best burgers, southern style plate lunches and giant cups of Wilbert’s homemade chicken and dumplings, but nothing topped his fried boudin balls. People drove hours to get them- even from Louisiana. In 2015 Wilbert sold Circle H to retire again, and spent his days at his camp house at Yarboro Lake. He built a meat processing room with a smokehouse and enjoyed working with friends and family. He cooked huge meals for his family and enjoyed having them over to eat, laugh and enjoy the view of the lake. Wilbert was a lifetime member of Trinity Lutheran Church in Navasota, and was baptized, confirmed and married there. He served three years in the United States Army Airborne Forces and was honorably discharged. He was a member of the Navasota Lion’s Club, offering his time and resources to the community. He enjoyed fishing and was a member of the Yarboro Lake Fishing Club. Wilbert was an exceptional man. His gentle soul and kindness will be cherished by many. He is survived by his son Matthew Hilley; daughters and sons-in-law Sharon and Steven Harris and Machelle and Bobby Phillips; mother of his children, Lucille Hilley; sister Carolyn Hilley; sister-in-law Marilyn Hilly; grandchildren Garrett Harris, Charlie Busse, Jillian Smith, Hailey Hilley and Brady Hilley and great grandchildren Carsyn, Haygen and Holden Busse. Serving as pallbearers are Charlie Busse, Garrett Harris, Brady Hilley, Frank Vacante, Ken Keally and Victor Becker. Serving as an honorary bearer will be Bill Sears. Wilbert was preceded in death by his parents and brother, Charles Hilley. Special thanks to Dr. C.H. Prihoda, Dr. Robert J. Wilkes, Encompass Health and all the close friends and family who cared for Wilbert during his last years. The Hilley family is forever grateful for your compassion and support. In lieu of flowers, please consider a memorial contribution in Wilbert’s name to Trinity Lutheran Church or Navasota Grimes County Lion’s Club. You are invited to leave kind words and fond memories at www.noblesfuneral.com.

The family of Mr. Wilbert Hilley created this Life Tributes page to make it easy to share your memories.

Send flowers to the Hilley family.