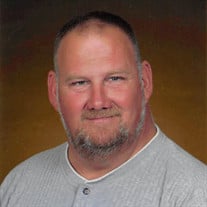 Mr. William “Bill” Fuqua, 63, of Navasota, passed away Tuesday, January 25, at his home. Visitation with family and friends will be held Monday, January 31, from 5:00 – 7:00 PM at Nobles Funeral Chapel. Funeral services will be held Tuesday, February 1, at 2:00 PM at First Baptist Church of Navasota with the Rev. Clyde Larrabee officiating. Interment will follow in Erwin Cemetery. Arrangements are under the direction of Nobles Funeral Chapel. Bill was born in Navasota on June 29, 1958, to Johnny & Peggy Fuqua. Known to everyone as “Wild Bill, “or “Biggun,” he loved to entertain with his never-ending supply of stories, mischievous humor, and infectious laughter. He had a love for people from all walks of life and made friends everywhere he went. He married the love of his life, Deborah in 1984. By trade, he was an electrician, but also worked in various positions for TDCJ for 25 years, retiring for the second time from TDCJ in 2012. He had a deep love for his hometown and the future of its youth, donating his time and skills wherever they were needed. He combined his passion for barbequing with his love for the Grimes County youth by participating in the Grimes County cook-offs for nearly 40 years, helping to raise money for area youth scholarships. He was a devoted husband, father, grandfather, brother, uncle, and friend to many. Bill was preceded in death by his parents Johnny Parker and Peggy June Fuqua; two sisters Glenda Diane Sharp and Johanna Beth Fuqua; and granddaughter Hannah Elisabeth Price. Bill is survived by his wife Deborah Fuqua of Navasota; daughter Janice Noble Price of College Station; son Jeffery Noble and daughter-in-law Julie of Conroe; grandsons Gavyn Noble and wife Taylor of Singleton, Jacob Price of Singleton and Grady Clark of Conroe; granddaughter Joelle Noble of Conroe; great-granddaughter Aurora Noble of Singleton; brother Ronald Fuqua and sister-in-law Cindy of Arizona; sister LeAnna Carey and brother-in-law Donald of Millican, as well as numerous nieces, nephews, and cousins. Serving as pallbearers are Gavyn Noble, Jacob Price, G.W. Burlin, James Armatys, Johnathon Fuqua, Tony Hansen, Dave Brewer and Glendale Love. For those that desire, memorial contributions may be made in his memory to the Grimes County Go Texan, PO Box 1479, Navasota, TX 77868. The family invites you to leave kind words or fond memories at www.noblesfuneral.com.

The family of William "Bill" Fuqua created this Life Tributes page to make it easy to share your memories.

Send flowers to the Fuqua family.